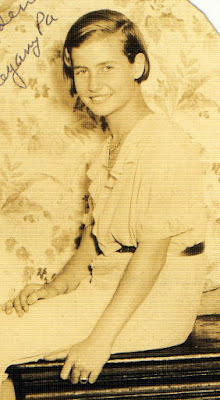 Lightening crackles across the sky and thunder's magnificent bass joins the foolish chirp of optimistic early birds as rain pelts off the eaves onto the once shiny, new green translucent plastic sheet now lying in the winter worn clay muck where I once thought roses would be blooming.

And that, in one overgrown sentence, that which became one grotesque paragraph, is the story of my life. Nothing more needs to be written. But since I long ago tried to prove myself poetic, I found I was only capable of writing terse verse, and am now much older and more foolish. I feel it might afford amusement to someone if I set down some of the bizarre consequences of this "Alice life". For it all seems to be a mad tea party. All the lovely dreams and the grand plans and hope are misshapen and run into  grotesque patterns as splashes of paint thrown carelessly at a canvas.

As a young and naive girl I used to fear that lightning would "strike me still in my tracks" somewhat like a pillar of salt. Oh how cruel, but now if it would be so kind. No. There's no chance of such a romantic fate for me and I now realize there never will be. I shall be as the green plastic and once shining and hopeful of giving grace and shady welcome from the hot summer sun or shelter from the beasts of snow and ice of winter but left discarded unused, to lie in the mud and be of no consequence. Just beaten down, marred and scratched, unbeautiful and useless. Never having been in the right place at the right time to add any beauty or serve a useful purpose. Scarred and muddy and discarded. 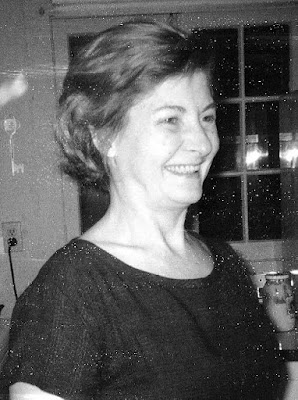 I recall the green plastic tarp she had placed over a too early planted rose bush, that had been trammeled by a rain storm and dashed her hopes for her garden to be.

I didn't know she wrote this piece. I just came across it yesterday while looking for some old family papers.

I recall it was a short time after I had gotten out of the hospital for surgery on my recurrent chondrosarcoma (bone cancer).

I suspect the stresses of that alone could have contributed to her despondent mood.

But, I'm sure there were other things going on in her life of which I am unaware.

I'm sure, by looking at the photos, you can see she was not always so morose.
Posted by Elizabeth Munroz 2 comments: